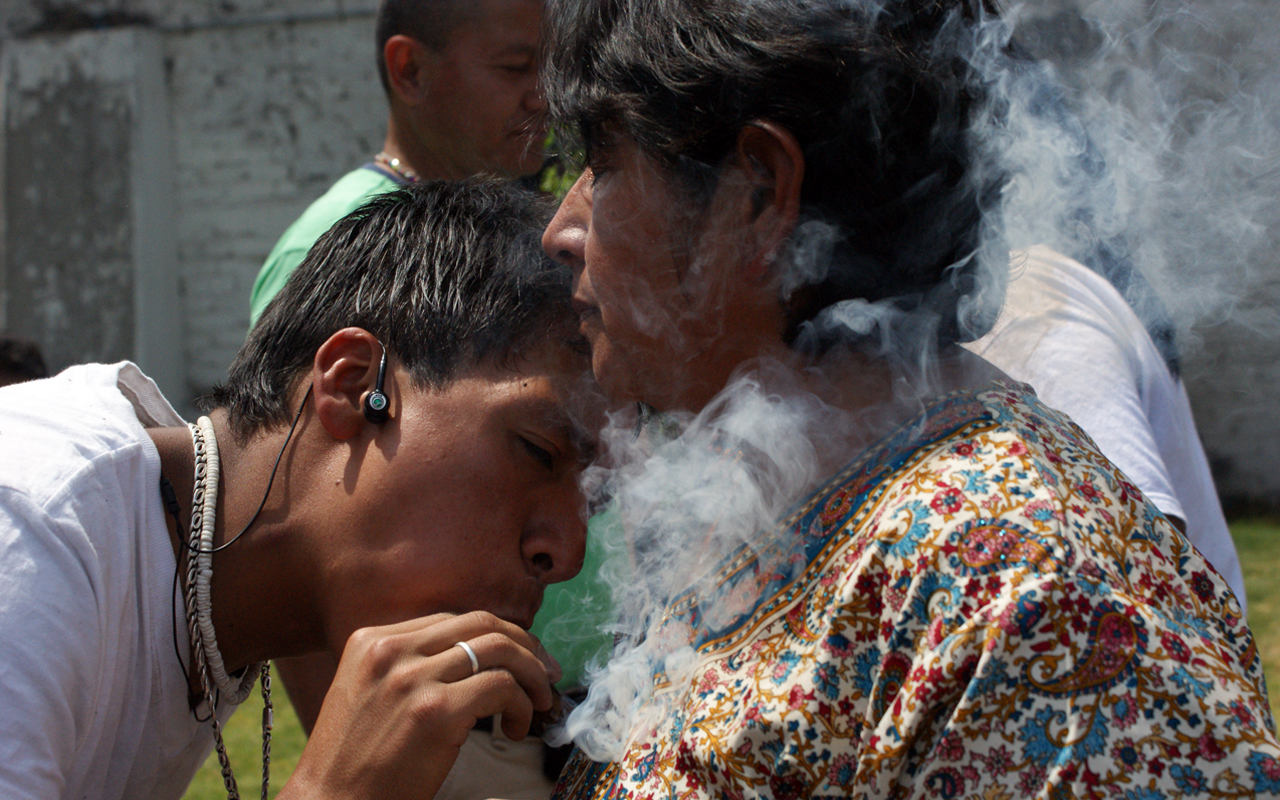 During the 'pureada' ritual, people use cigar smoke as a means for purification.

The special ceremony is celebrated on the last Sunday of each month. Devotees attend to purify themselves and their 'Santa'. 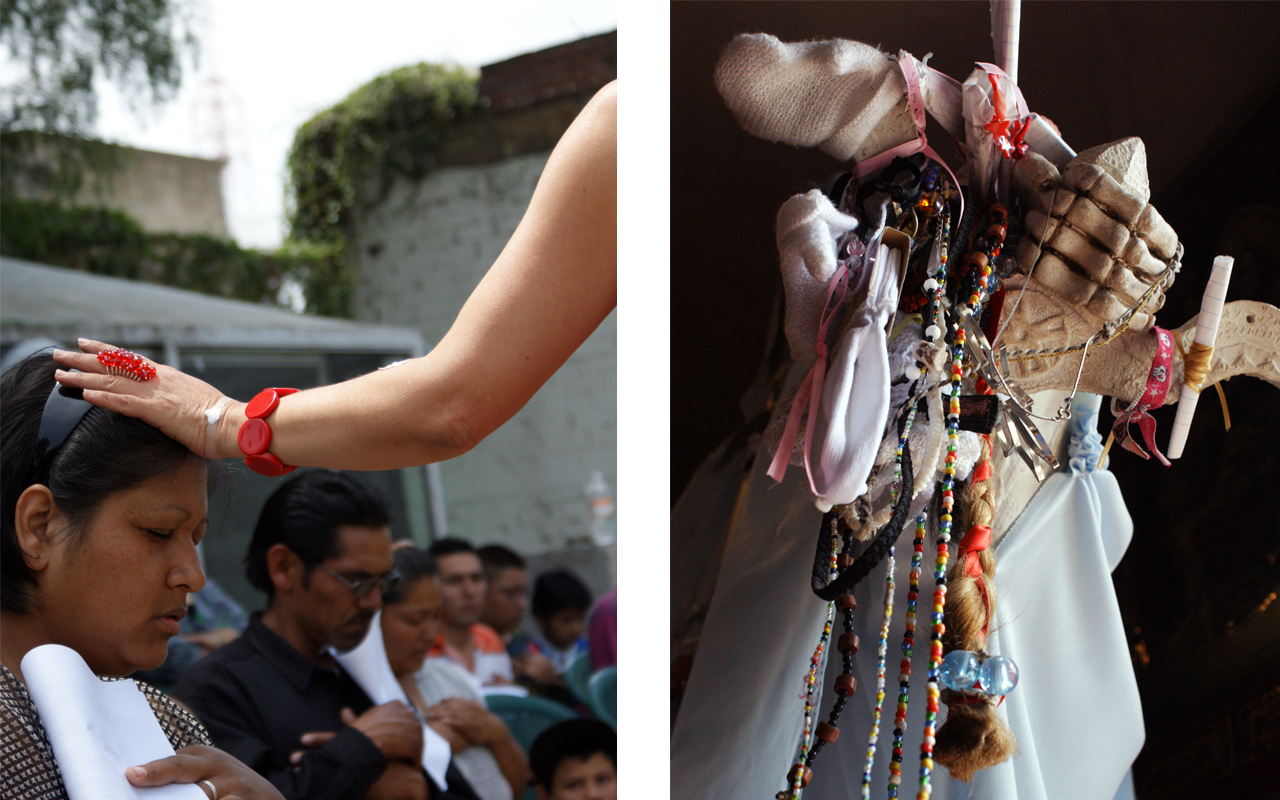 The Santa Muerte mass in Tultitlán is precided by the Godmother. Notably, this female figure as the head of a cult lies in contrast to the male dominated role of the priest in the Catholic church.

Each personal object offered to La Santa Muerte corresponds to a request and has its own story. The type of object allows one to speculate what was requested. 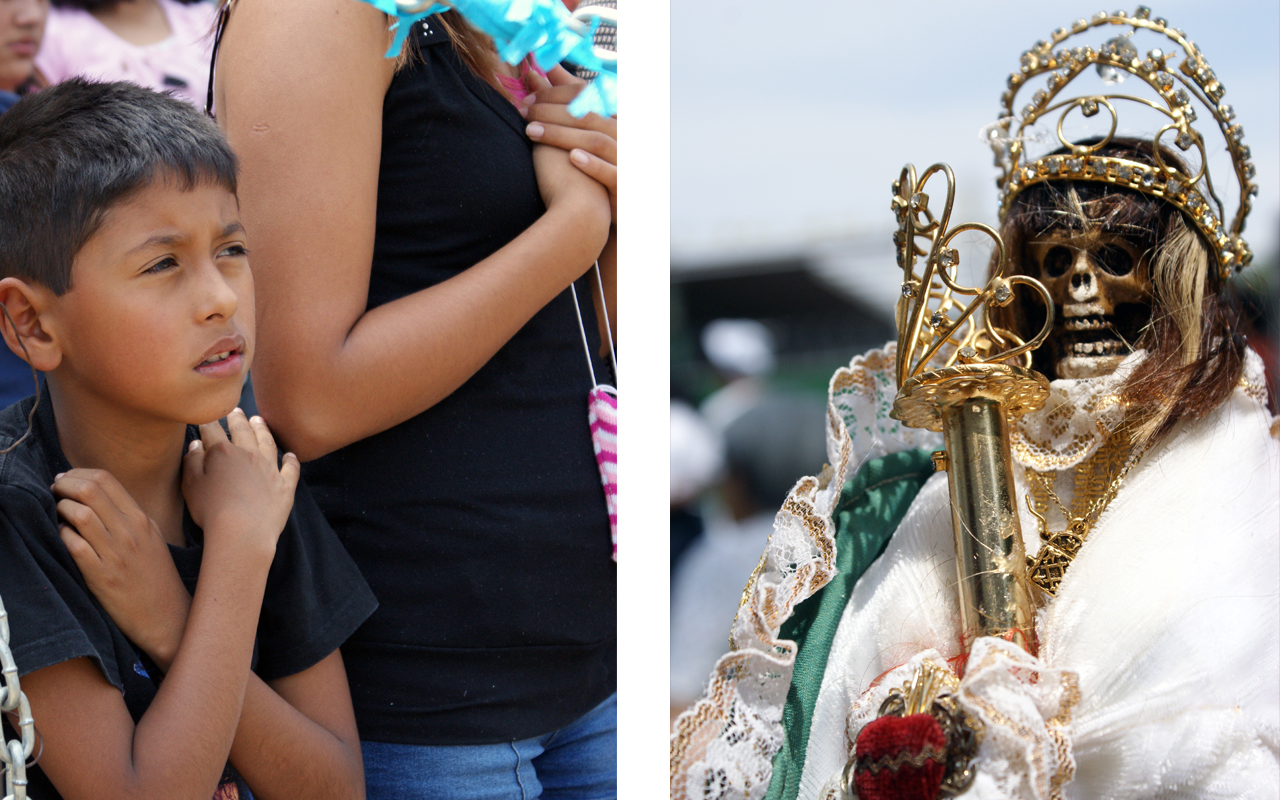 Not unlike in the Catholic Church, people take their children to mass. Since their childhood, kids are incorporated into the cult.

A devotee shows gratitude for favors received by dressing her Santa. This Holy Death has an attire similar to what would be used by baby Jesus in the Catholic Church. Additionally, it has a love knot, which is used as a charm to infatuate a specific person. 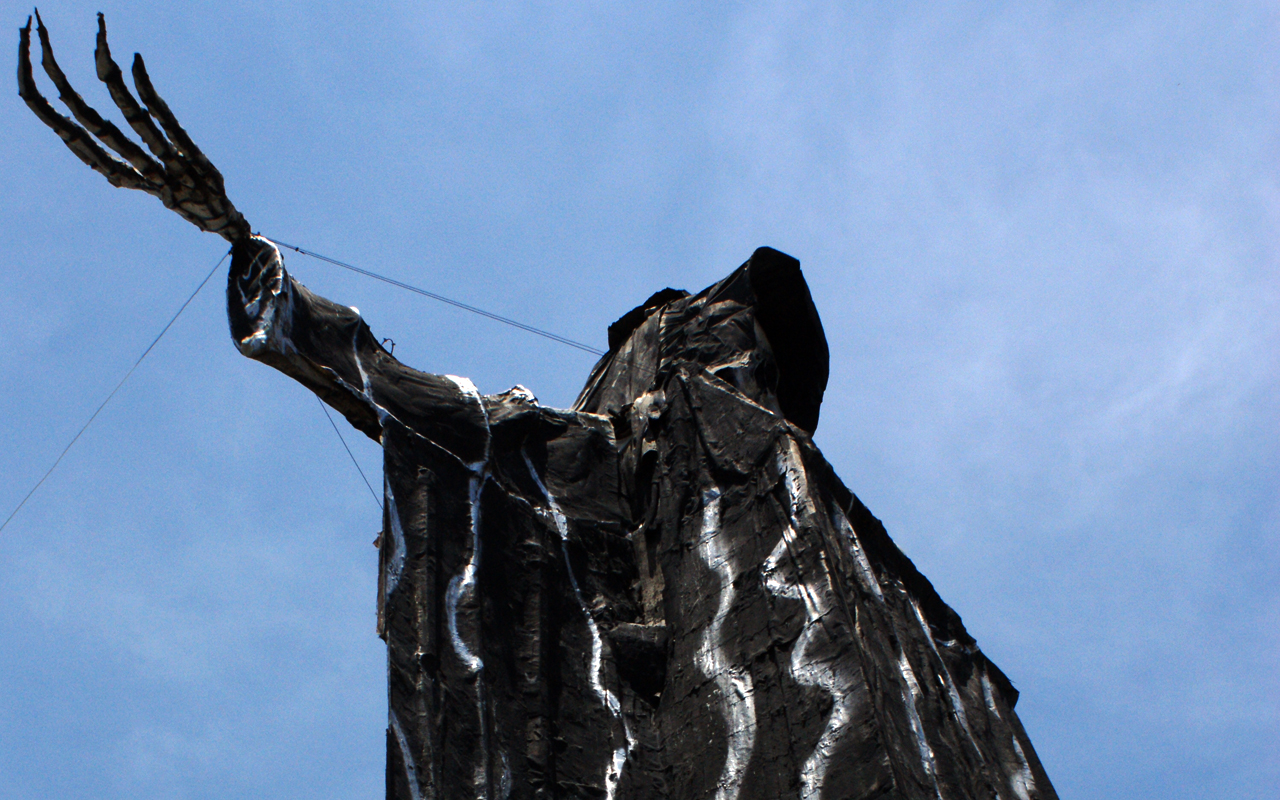 "She can be very generous, but if you do not fulfill what you promised, she will take what you most love." 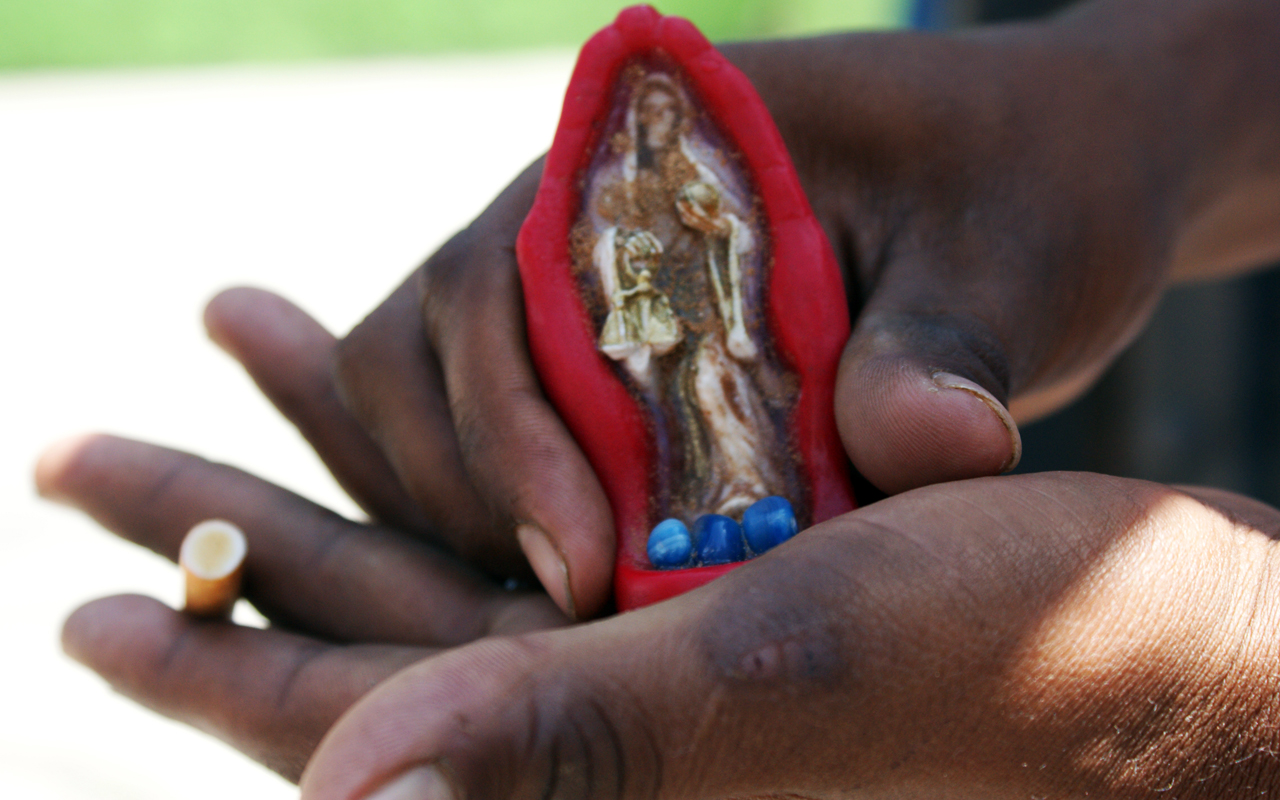 "She accompanies me every day in my pocket. She protects me from the dangers that I ecounter on the street."

RELIGION, IDENTITY AND MARGINALIZATION introduces viewers to youth devotees in conditions of socio-economic vulnerability and marginalization, who turn to San Juditas or Santa Muerte to protect them from the uncertainties of their everyday lives. This project seeks to demonstrate the realities that youth devotees face—the fears, aspirations, and complexity of their life—to establish a dialogue surrounding their experiences and shift the conversation from negative stigmatization to a deep understanding of their devotees. They are people who are looking for a place and a sense of belonging in a society that has denied them access to education, work, and health care; ignored by everyone but San Judas or Santa Muerte. These Saints offer hope to a sector of the population threatened with hopelessness. Thus, by getting to know what individuals ask from them, one can grasp the struggles and challenges that the country is facing as a whole.

Altogether, the study of La Santa Muerte and San Judas Tadeo provides a lens with which to understand not only the socio-economic and ideological milieu of present-day Mexico, but also the processes that have shaped a sector of the Mexican society who, that retaining their traditions and rituals after colonization, turn to la Santa Muerte or San Judas to protect them from the uncertainties of their everyday lives.